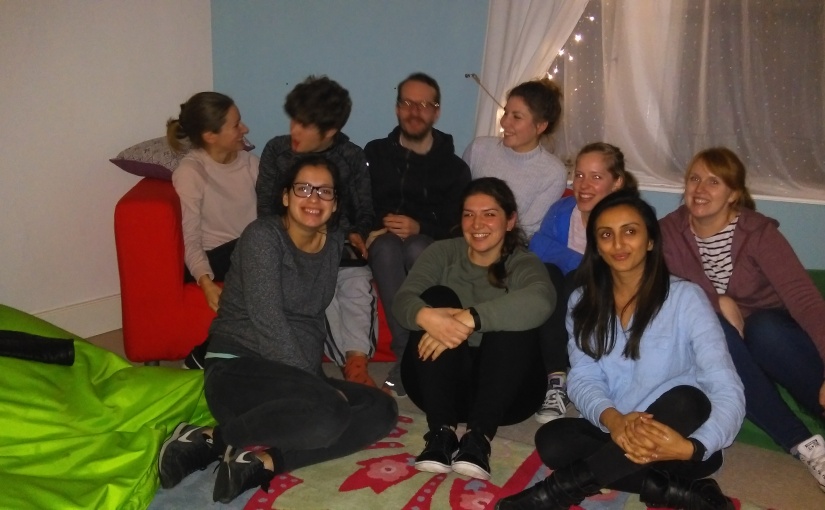 When Zach left Treehouse School last Summer we left many staff who we have so much affection for and who we knew loved Zach.

Zach started at Treehouse School in 2009. He had been out of school for a whole year following his exclusion from our local severe learning disabilities school.

We had looked at all the schools suggested by our local authority for Zach and none of them inspired me. Treehouse held open afternoons for prospective parents and I will never forget that visit. When we were shown around the school the staff all had smiles on their faces…that was a massive change from other places I had seen and when I left I drove home wondering how we could get Zach a place there.

It was actually easier to get him in than I expected and I guess that was due to us having exhausted other options as being unsuitable. An Educational Psychologist from the local authority visited and  agreed that the school could meet Zach’s needs, after that things moved swiftly and Zach started on the day of his 12th birthday.

Despite my initial feeling that we had found the golden ticket for Zach’s education, things changed quite rapidly at the school when the Executive Head left. She was a warm, welcoming Head who always had plenty of time for the students, parents and staff alike and was very hard to replace. Staff who were part of the Treehouse furniture seemed to be leaving in their droves which was unsettling and worrying. Gill’s shoes were hard to fill.

The charity which runs the school, ‘Ambitious about Autism’ became more involved in campaigning and lobbying the Government for change which although a good thing, changed the priorities of the charity. Parents of pupils who were at the school were consulted less and less about what was happening within the school and if it hadn’t been for the wonderful staff on the ground it would have been very easy to have felt quite detached and alienated.

Due to all the changes at school, the problems retaining staff and the sickness levels at school being sky high Zach’s behaviour became challenging again both at home and at school.

We were incredibly lucky that throughout his Treehouse experience Zach had a core of staff who had got to know him and loved him, despite the challenges that Zach presented (which were plenty!) they wanted to do the best for him and meet his needs.

We have been fortunate enough to remain in touch with many of the staff over the 7 years Zach was at school. Facebook is a wonderful thing 🙂

The devotion shown by the staff on the ground at Treehouse school is incredible, it is an exceptionally challenging job, physically and emotionally and it takes a very special sort of person to be able to do it.

I think that the school management were beginning to feel that Zach had maybe reached the end of the road within the school but due to his Consultant, who dug her heels in and was determined that he would stay to the end of his time in school, and the staff who were devoted to him and wanted to continue to work with him, Zach finished his school days with staff who really loved him.

It was such a treat to see them last night. Zach couldn’t quite believe it when he saw a group of 8 of his favourite people. We sat and caught up with each other and Zach kept looking round the room and smiling. There were a few who couldn’t make it but we will hopefully see them next time.

It was great to hear that the new Head at the school is very positive and everyone had a good feel for the future of Treehouse.

thezachproject and Spectrum of Misconception

Mother and advocate to my son Zach. Zach has autism and complex needs. My blog is about the project we set up when there was no suitable further education setting for Zach when he left school in July 2016. I find that sharing our successes and struggles is cathartic for me and I hope insightful for the reader. My hope is that others who are struggling to find a place for their child or themselves may draw some inspiration from thezachproject. Thanks for reading my blog, please leave me comments. View all posts by thezachproject and Spectrum of Misconception

One thought on “Team Zach!”